Tuesday Teaser from A Tale of Two Colonies

Here is an excerpt from my story of alien contact and finding love in unexpected places.  This planet is full of predators. 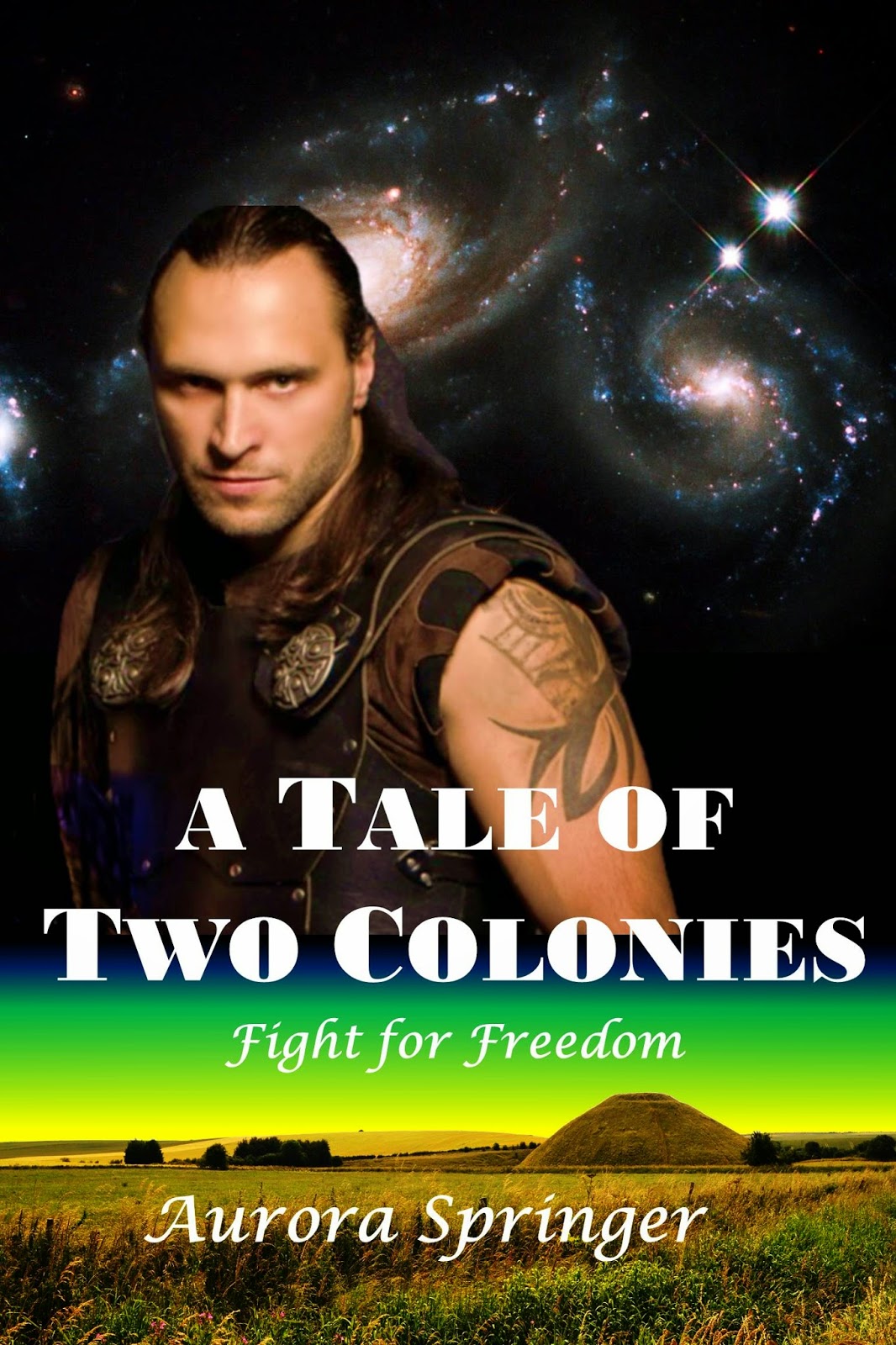 Lily half turned, and began skidding down into a large hole that suddenly opened under her feet. She fell on her back, still sliding helplessly downward. Ming and Conley were trapped in the same capricious landslide.


Ming had spread-eagled his arms and legs to slow his descent. He yelled urgently, “Get the ropes!”
Conley caught hold of Lily’s right wrist, while he grasped his bared sword blade in his other hand. He held the sword so it pointed down between his legs. Lily wondered what fearful danger lay at the bottom of the hole. In an instant, she saw it and stifled a scream. They were funneling inexorably into a monstrous mouth ringed with jagged triangles of teeth. She struggled to grab her laser with her free hand.
The awful mouth was only a few scant feet away. With a swift motion, Conley threw his sword into the gaping mouth. Simultaneously, Ming and Lily fired their lasers. A high pitched shrieking arose, and the convulsions of the monster scattered sand and rocks about them.

Posted by Aurora Springer at 8:09 AM No comments:

Welcome to another Saturday of Science Fiction & Fantasy snippets exchanged by writers.

My contribution this week is from my new release Grand Master’s Pawn. 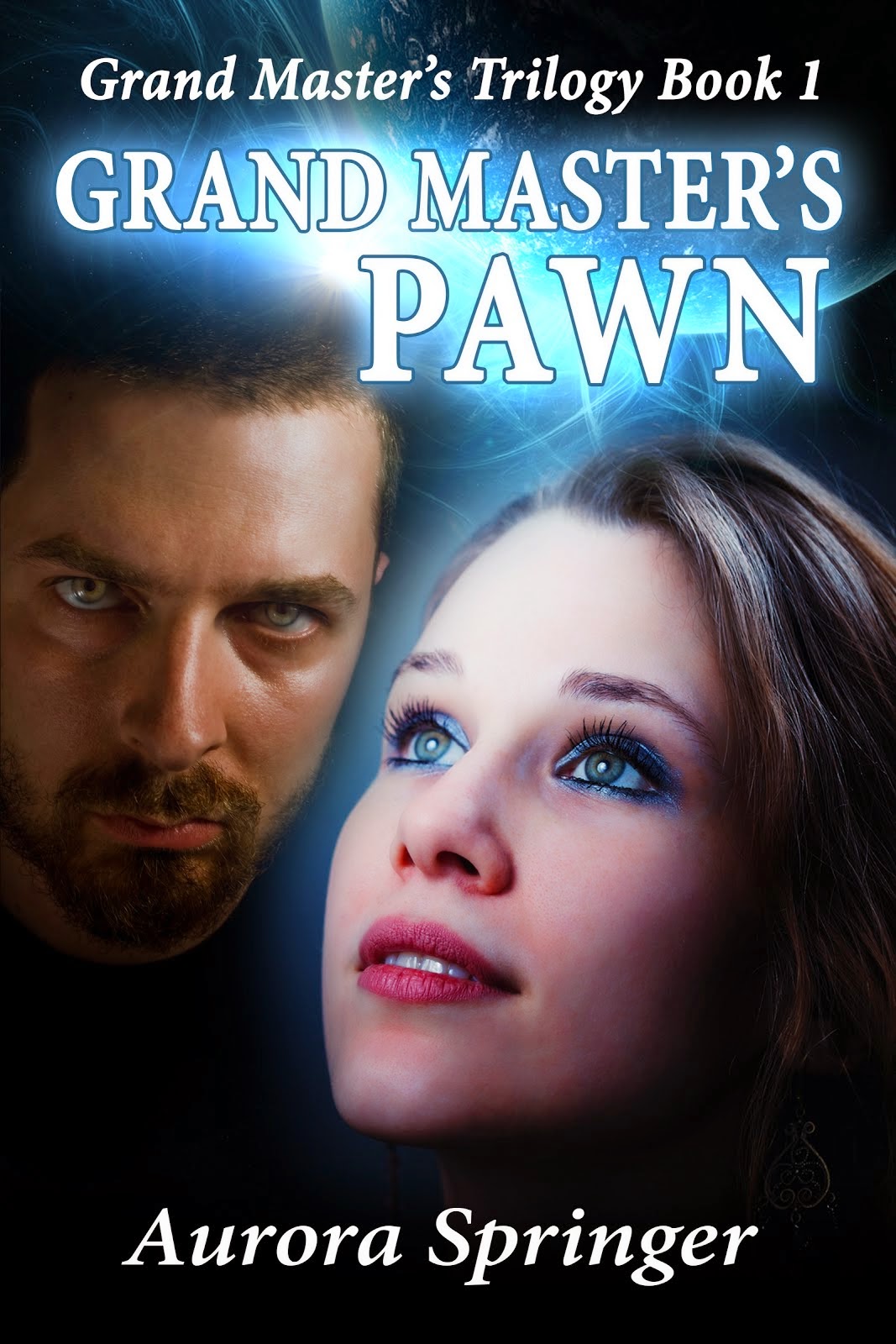 On her fourth mission to an uncharted planet, Violet and Taranis, the companion promised by her Grand Master, meet several challenges.This excerpt continues from last week.


“Clip the laser on your belt,” he ordered.
She put the laser away. He grasped her around the waist and tossed her up. She yelled in shock as she flew up, flinging out her arms to grasp onto the rock shelf. Scrambling for a hold on the level surface, she lifted her legs over and crawled onto the ledge. She crouched against the cliff face, and fired her laser at the nearest predators to keep them away from Taranis.
Taranis took several paces back and raced toward the cliff, leaping up to grapple onto the rock shelf. He pulled himself up and sat next to Violet, scarcely panting. It happened too fast for her to tell if his power had assisted his great leap onto the ledge.
On the ground below, the ravening beasts screeched in frustration at the escape of their prey. The red shelled predators jumped in rage, but could not reach the ledge.
Violet leaned back against the cliff, and said, “What can we do now, Taranis? Those awful creatures have penned us on this ledge.”
“We climb higher,” he replied, gazing upwards with his eyes narrowed in calculation. “That crack in the cliff leads right to the top.”

For another glimpse into the Grand Masters' Universe, my short story is free 27-28th at
http://www.amazon.com/dp/B00R0AIG36

Please return to SFFSat and read the other snippets.
Your comments are welcome.
Posted by Aurora Springer at 4:00 PM 2 comments: