My science fiction romance The Lady is Blue is available on Amazon. 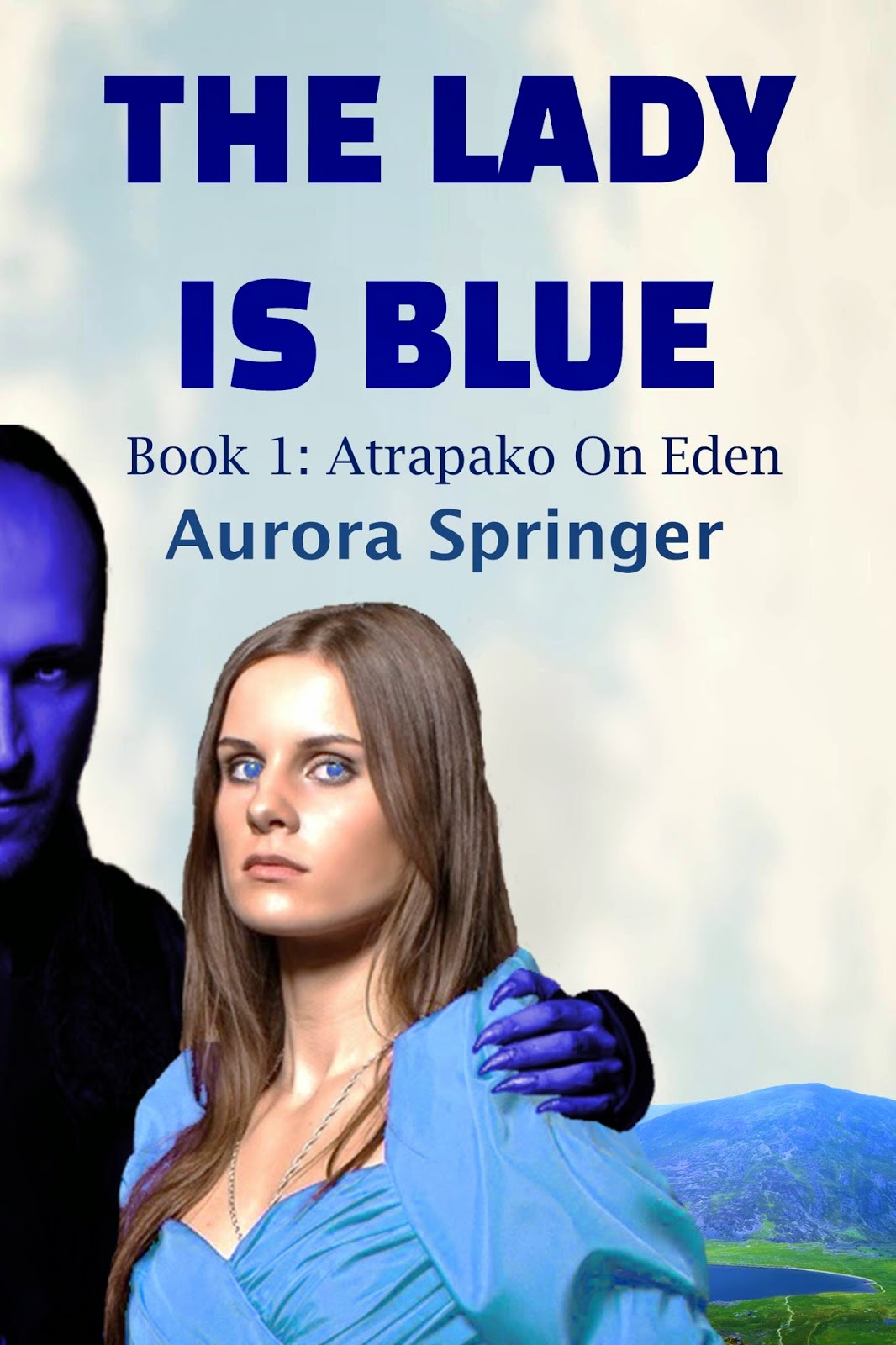 Blurb
A battered alien space ship lands on the planet Eden, which has a small, vibrant colony of humans. The humanoid aliens sport scales in four colors, with spiky crests on their heads, and vicious claws on their fingers and toes. The intrepid scientist, Dr. Lucy Stannis, befriends the impressive Blue, Sa Kamizan Veedak, Captain of the spaceship. Both hide secrets. She is suspicious of the motives of the aliens. He is won over by her multiple attractions. How can he resist the woman who saves his life by defeating an attacker twice her size? In the ensuring conflict between Atrapako and humans, they are on opposing sides, and Sa Kamizan must reevaluate his loyalties. How can he win back the woman who won't even look at him? Learn how they achieve love and a peaceful solution in the unexpected conclusion.

The title is a pun. The book has humorous exchanges and a hilarious plot, one you understand what the aliens were really thinking when they landed and saw humans.

The sequel Dragons of Vkani is published

My science fiction novel The Lady is Blue is set on a distant planet in a small town, which mingles aspects of Yale University, USA, and Oxford University, UK.

The Science Center housing the heroine's lab is a recreation of the Kline Biology Tower at Yale. 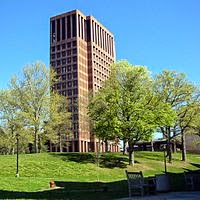 Its 12th floor cafeteria is the site of several scenes, including an attempt to kill the heroine. The real cafeteria was popular among science faculty and students for lunch and informal discussions. No scaly aliens have dined in the cafe to my knowledge, although I once met a famous ballet dancer who had been smuggled in under the assumed name of Mr Brown to see real research laboratories.

The park and river with bridge are transported from Oxford University Parks.

The heroine is the Eden human, Dr. Lucy Stannis, a scientist and secret Terran agent. She is aided and abetted by Dr. Colin Murti, her physician; Roger Fourno, her (soon to be ex-)lover; Dr. Trisha Duran and Dr. Jun Danzhu, her friends and scientific colleagues, and her students, especially the beautiful Sonia.
The elected Governors of Eden are: Mossy Fairweather, Don Vargos and Bernal Mathis.
The hero is the Atrapako Blue, Sa Kamizan Veedak, Captain of their spaceship. He is supported by the old Blue judge, Sa Radekis Volkin, and the Green scientists, Te Suzzaine Sukla and Te Tamarkis Varenne. He is opposed by the young Blue Sa Varasek and the other Blues, including the Honorable Lady Kamilla.

Conversation between the hero and heroine in the early days of their relationship.

“Why do you talk to me anyway?” Lucy said thoughtfully.
He laughed and seemed to relax again. “Your questions are very direct, Dr. Stannis. I like your fearlessness. The others are nervous or afraid of me.”
“I’m not surprised they are nervous,” she retorted. “You have vicious teeth and sharp claws.”
He curled one set of claws in front of her face and ran them lightly down her arm. It tickled and     Lucy grinned. “Oh, you are so mild mannered you would not dare to lay a hand on me!”
Sa Kamizan gripped her wrist firmly. “Call your committee and tell them they need another token female scientist. Then, you can see me at the meetings.”
“I may be a disruptive influence.” Lucy grimaced, she disliked restraints. Suddenly, she twisted her wrist against his thumb in a maneuver intended to free her arm. It was a mistake.  Her arm slipped free, but she felt claws scrape her skin as Sa Kamizan quickly pulled his hand away.  She examined her arm. Blood was welling from two shallow punctures. Immediately, she realized most humans would blame Sa Kamizan if the incident were known. She glanced at him.  He looked wary, waiting for her response with crest lowered. “I hope your nails are clean,” she remarked nonchalantly, while searching through her pockets with the uninjured hand.
He stared at his hand. Then, he offered her a wad of tissues from a desk drawer. “Let me help you.” He wiped off the blood. “You should be more cautious in future when playing with Atrapako,” he said softly.