Snippet for SFFSat from A Tale of Two Colonies

Welcome to the writers' group Science Fiction & Fantasy Saturday, and read snippets from other authors.

Lily half turned, and began skidding down into a large hole that suddenly opened under her feet. She fell on her back, still sliding helplessly downward. Ming and Conley were trapped in the same capricious landslide.
Ming had spread-eagled his arms and legs to slow his descent. He yelled urgently, “Get the ropes!”
Conley caught hold of Lily’s right wrist, while he grasped his bared sword blade in his other hand. He held the sword so it pointed down between his legs. Lily wondered what fearful danger lay at the bottom of the hole. In an instant, she saw it and stifled a scream. They were funneling inexorably into a monstrous mouth ringed with jagged triangles of teeth. She struggled to grab her laser with her free hand.
The awful mouth was only a few scant feet away. With a swift motion, Conley threw his sword into the gaping mouth. Simultaneously, Ming and Lily fired their lasers. A high pitched shrieking arose, and the convulsions of the monster scattered sand and rocks about them.

Please return to SFFSat and read the other snippets.

To share my love of wizards and witches, here is an excerpt from my sweet romance novella, Rosemary's Quest. The eBook will be free on Oct. 25-26. 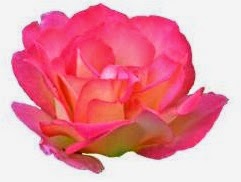 Blurb: Rosemary cannot understand why she is bullied and taunted as a witch-child. She does not know any magic. Nor does she understand why no one else in her village fears the encroaching shadow of the evil king Kafkad. She runs away on a quest to destroy the evil king, escaping just before the shadows engulf her village. Rosemary seeks for the once famous, and now almost forgotten, White Wizard Strange. Is he still alive and does he have the power to destroy Kafkad?

Snippet from the Book - their first kiss

The clouds were stained a vivid red and purple against a sky of translucent turquoise as the sun sank perceptibly below the horizon.


“Yes, it is splendid,” the wizard agreed. It was easier for him to see in the dusky light. They both stood staring into the west for some time, in silence. It grew colder and Rosemary shivered. He put an arm around her shoulders. She sighed and leaned her head against him. It seemed quite natural. She could hear his deep breathing.


“Simon,” she said shyly, and he clasped her more firmly. She felt his lips brush her hair with a soft breath of purple.
“Shall we go in now?” he asked softly. They walked back together and both were very happy.
When they were inside the door, Simon leaned down to kiss her. As their lips touched, Rosemary heard a violent crack and colors flared about them in greens and blues. “What is happening?” she gasped as they fell apart.
“Oh, no!” he whispered. “It was the contact between our powers. We sent a vibration through the spirit plane.”
“Will it happen again?” she asked.
“I fear we must take care. It is dangerous! Kafkad will sense the disturbance.”

Oh no! Their kiss will alert the enemy. Yet another reason to get rid of Kafkad.

Despite her lack of strong magic, Rosemary's ingenuity will be vital in the future battle.

A GRAND PRIZE will be given through Rafflecopter


Please return to the site and check the other contributions: BlogHop site Romancing Halloween

For your entertainment, Dragons of Vkani is Free Oct 17-18.

Here is another short piece of my published novel for Science Fiction & Fantasy Saturday.

Lucy Stannis, a Terran, and Sa Kamizan Veedak, a scale-covered Atrapako, have traveled from their home on the colony of Eden to rescue his sister from his hostile home planet of Vkani. His sister is called the Dragon Lady of Ravenak. In this piece we meet the dragons and the enigmatic Raven.
Read the book to see Lucy rescue her mate from a fate worse than death!

The dragon reared up on its hind legs, placing its forepaws on Sa Kamizan’s broad chest and flicked its tongue at him. It stood taller than Lucy, with its long tail sweeping over the ground.
“I think they are friendly,” Lucy said. She stood, waiting for the Blue Atrapako, with one hand on the head of the smaller dragon at her feet. Sa Kamizan kept his hand lightly on her shoulder. He shrugged, and patted the head of the dragon leaning against him.
The Blue Atrapako approached quickly and they saw it carried a long-barreled gun in a shoulder belt. The Blue slowed, and stopped a few paces in front. It was slim with a short crest of fine spines, and stood perhaps half a foot short of Sa Kamizan’s imposing height.
“Who are you, strangers?” the young Blue said curtly. “You are trespassing! I am Raven, the protector of Ravenak. I guard this passage with my dragons.”
“I am Sa Kamizan,” he said calmly.
Raven gasped with widened eyes, “Sa Kamizan Veedak, who was called to our aid?”
“The same,” he said in such a smug voice that Lucy grinned behind her face mask.

To return to SFFSat click here or on the button at the top.