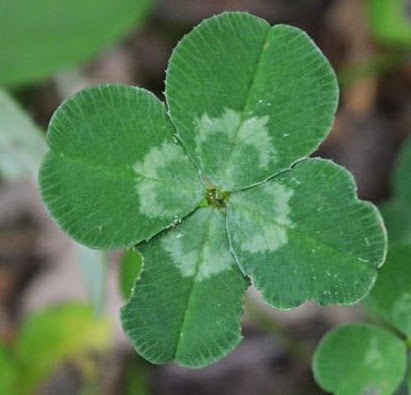 My life had major changes in 2014. My husband and I became "empty-nesters"  with two sons at University. Partly for amusement, I published several stories as Aurora Springer. I had written some of the stories decades earlier.

My works include:
two full-length novels in the series Atrapako on Eden:


A Tale of Two Colonies: http://www.amazon.com/dp/B00MFY8A5Q


Captured by the Hawk: http://www.amazon.com/dp/B00MYHSC52

and a short, holiday-themed story:

I am especially thankful to all my new "virtual" friends, who have helped advise me as a new author. I will try to read, review and promote your books.

Moving on to 2015, here are my main resolutions as a writer:

Finish reading "Write, Publish, Repeat" and do it.
Exchange guest posts with other writers.
Publish my WIP "Grand Master's Pawn" currently on Kindle Scout, and finish the next two books in the trilogy.
Work though other stories in my "Ideas" folder.

Posted by Aurora Springer at 6:13 PM No comments:

Here is a list of web sites where you don't have to pay to promote your free eBook.
As a self-published author, I appreciate FREE opportunities for promotion.


Please leave a comment if you know of other sites.
Disclaimers:
1) You must register for most sites and accept their newsletters. Check for their specific instructions and requirements.
2) The sites may change or start to charge a fee.
3) I don't know if using the sites helps sell books.

The Lady is Blue is my first full-length novel, Book 1 in the series Atrapako on Eden.

The human colonists on Eden welcome alien refugees in their crippled spaceship. The alien Atrapako sport spiky crests and scales of four colors covering massive humanoid bodies. The intrepid Dr. Lucy Stannis, a secret agent of Terra, initiates a lively friendship with the captain of the Atrapako spaceship, the charming and evasive Blue, Sa Kamizan Veedak. Their growing attraction for each other is threatened by their secrets, assassination attempts and sabotage by humans and aliens. They must learn to fight together to survive.  What strange secret are the Atrapako hiding? Can they overcome their cultural instincts and co-exist peacefully with humans on Eden?

Review *****
"I'm not familiar with this author and took a chance buying this book but I really enjoyed it! Basically, some aliens on a spaceship barely make it to land on Eden, a world colonized by humans. It was interesting to me to read about the human/alien relationships and eventual romance. It's definitely one of the better science fiction romance books I've read lately so I recommend it!"

Background:
Most of the story was written while I was at Yale University. The book has scenes set in the laboratories, stairs and cafeteria of the Kline Biology Tower.


Posted by Aurora Springer at 11:12 AM No comments:

Welcome to another round of SFFSat where several authors share 15 line snippets from their work.

Today, as promised, I will continue the snippets from my short story. This story is now published as a holiday-themed romance, Gifts of Jangalore.

A huge head with enormous jagged sucker of a mouth protruded between the trees. The sucker mouth swayed toward them.


Violet clung to the Psi Master’s arm, gritted her teeth and aimed the blaster at the bulging maws of the monster.


“Stay close, the monster cannot penetrate my barrier,” Taranis breathed in her ear, one arm securely round her waist and the other extended, emitting power to reinforce the shield. The long pallid body reared in a great arch over the faint glimmer of the shield. The coils slithered over the barrier like a gigantic snake, oozing slime. Grey slime dribbled over the dome, and outlined the invisible shape of a hemisphere. Underneath, its intended victims stared in awe at the enormous grey body. Violet shuddered in disgust. If the shield broke, they would be crushed by the gooey coils. She pressed against the Psi Master.


The ugly head swung from side to side in search of its vanished prey, but sensed nothing. After an eternity, the pale length of the great monster undulated over the transparent shield and moved beyond, crashing deeper into the forest.


Silence dropped, and Violet exhaled the breath she had held. “The beast seeks another victim,” she whispered.

Your comments are welcome.

Please return to SFFSat and read the snippets from the other participating authors.